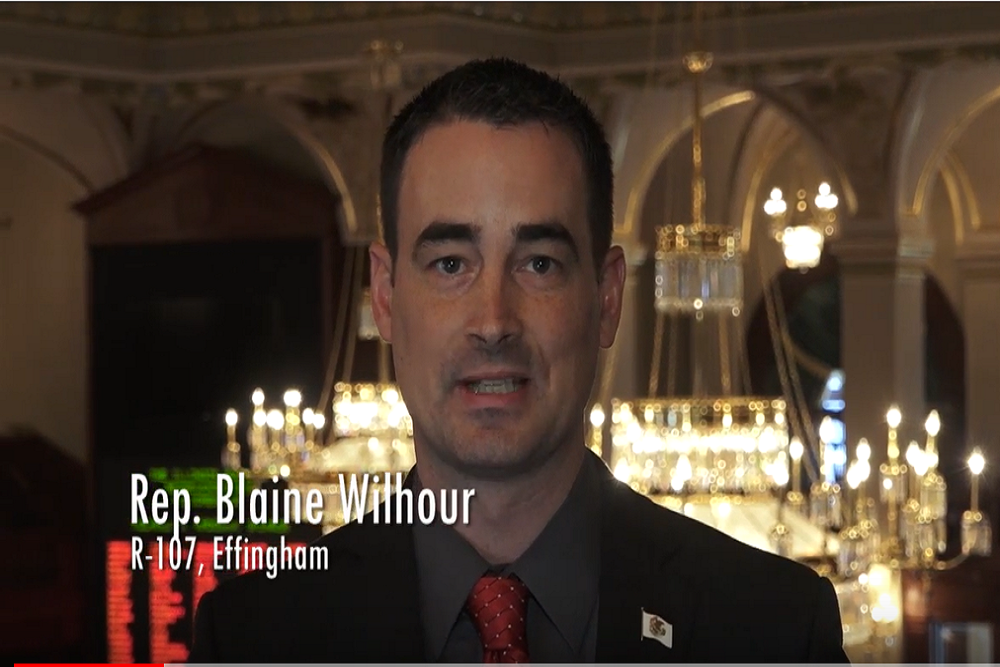 House Minority Leader Jim Durkin announced today his selection of State Rep. Blaine Wilhour (R-Beecher City) to serve on the newly created Qualifications Challenge Committee to review challenges complaints over the appointment process of state Rep. Eva Dina Delgado. She was appointed to fill the seat formerly held by Rep. Luis Arroyo who resigned after federal authorities charged him with bribery of a state senator.

“I am honored to be asked to serve on this committee though it is sad that we even have to create such a committee,” commented Rep. Wilhour. “I appreciate the opportunity to help shine a light on the process that may be another example of inappropriate behavior and inside deal-making that the people of Illinois have had enough of.”

Delgado was appointed to the seat by 3rd House District Democratic Party Committeemen after Arroyo stepped down late last year. House Speaker Michael Madigan had warned the chamber would challenge the qualifications of anyone chosen with votes from the 36th Ward, where Arroyo remains the Committeeman. Though Arroyo didn’t attend the meeting of district committeemen, he gave his votes to an ally to cast as proxy votes. Those votes were enough to control the selection.

Earlier this month, Illinois House Republican leader Jim Durkin and Democratic Rep. Anne Stava-Murray of Naperville both filed formal challenges to Delgado’s appointment. The committee will meet Feb. 25 to establish the rules for the complaint evaluation process. Under House rules, a three-fifths vote of the whole chamber is necessary to remove a member.

“Our state and legislature have been under investigations for months and we don’t know all of the cases that may be open at this point,” added Rep. Wilhour. “This process will hopefully begin to restore trust in our government and bring a sense of integrity back to the elected officials who are not part of the corrupt status quo in Illinois.”

Want to get notified whenever we write about Illinois State House District 107 ?

Sign-up Next time we write about Illinois State House District 107, we'll email you a link to the story. You may edit your settings or unsubscribe at any time.