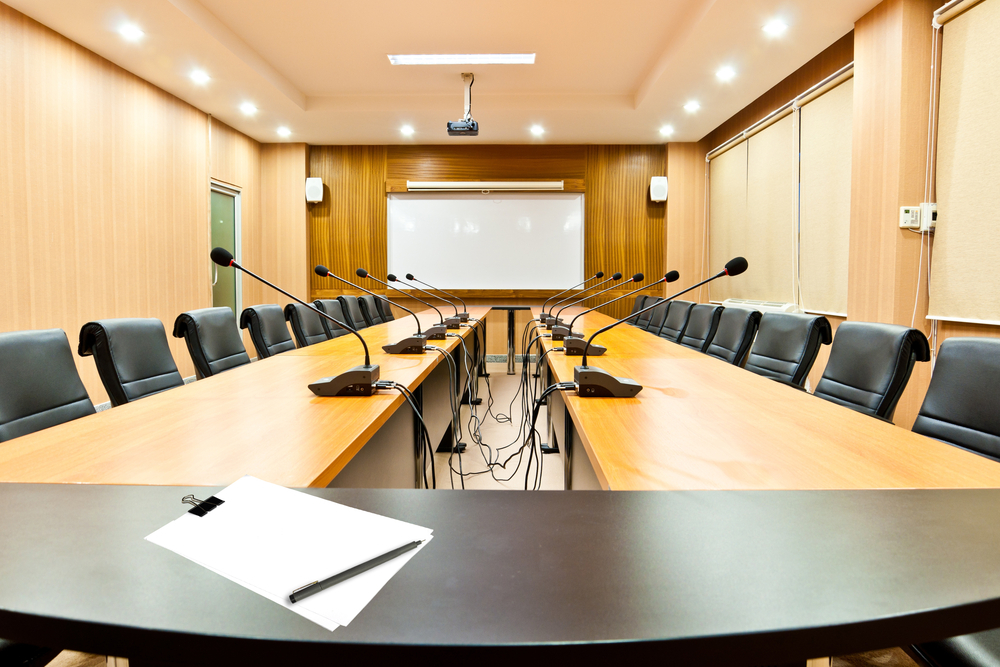 Here is the minutes provided by the committee:

The members of the City Manager Search Committee met on Wednesday, June 26, 2019 at 3:00 p.m. in the Council Chambers at Centralia City Hall. The meeting was called to order by Committee Chairman Forrest Langenfeld.

There was discussion among the members concerning the experience and qualifications desired of the successful candidates. Committee Member Burcham inquired if five years of municipal experience was a requirement. Councilman Sauer stated that the qualifications necessary should be discussed by the group and stated that he didn’t feel that someone should be ruled out due to not meeting the five year experience requirement. He noted that some may have two or three years of municipal experience or Assistant City Manager experience in a larger community that could be qualified and he doesn’t want to rule any out any applicants due to the low number of applications received. Committee Member Ashby stated that some adaptation may need to be made depending on the pool of candidates. A roundtable discussion was held that resulted in the following list of what qualities and skills the candidates should possess in addition to the experience desired by the committee members while conducting the search: strong leadership skills, content knowledge across multiple departments, community planning experience, legislative experience, fund development experience, grant writing experience with knowledge of funding sources, consideration of candidates that are from outside the community, candidates with a proven track record of managerial experience, strong municipal budget and fiscal management experience, a candidate that will look toward the future and future planning, economic development experience, experience with infrastructure issues, negotiating skills, a problem solver, and candidates with listening and communication skills that can bring the community together and improve perception.

There was discussion concerning the process to review applications. Chairman Langenfeld suggested that until the deadline of the ad, the committee members could review the applications individually and then after the deadline and more resumes have been submitted the committee could meet and begin the review and ranking of candidates as a group. Committee Member Ashby suggested that the City Clerk begin the initial review of the resumes and provide information to the committee. The Clerk stated that although she could do that, every resume would be submitted to the group for each resume to be reviewed.

Committee Member Ashby stated that he would provide the information he received after his conversation with Brad Cole to the City Clerk in order to share it with the City Council. The Clerk asked that the committee review the current ad to be sure it includes all of the qualifications the members discussed. Chairman Langenfeld requested that any changes be submitted before the end of the day on June 27th to the City Clerk in order to place the ad on the ICMA website as soon as possible.

Committee Member Sutton requested if an acknowledgement letter was being sent out to the candidates as they submitted resumes. City Clerk Enke stated that each candidate is receiving an acknowledgement that notes that their resume is being reviewed by the search committee and that they would be contacted by the committee if they are considered for interview. She noted that also they are being provided links to the City website, the links to the budgets and past audits, access to the Tourism website, and Chamber of Commerce website in order to provide more information to the candidates so they can learn more about the city and what Centralia has to offer.

Committee Member Holland requested if the list of projects were received from City Manager Ramey as discussed at the previous meeting. Councilman Sauer stated that he did review a large list with the City Manager, but didn’t want to discuss it at this time due to some projects that have not been announced. He stated that when it does get closer they can review the specific issues and the list.

Councilman Sauer suggested that the entire committee review the Open Meetings Act and take the online training since the review of the applications and discussion of specific candidates will be taking place during upcoming meetings.

With no further business to discuss, the meeting was adjourned at 3:42 p.m.

Want to get notified whenever we write about City of Centralia ?

Sign-up Next time we write about City of Centralia, we'll email you a link to the story. You may edit your settings or unsubscribe at any time.