Activist calls for Mautino to resign in wake of scandals, court ruling 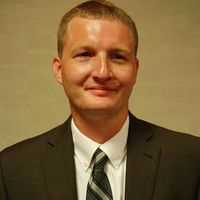 “It is quite obvious Mautino is a crook who is trying to duck and dodge answering for his wrongdoing,” Hicks told the South Central Reporter. “Incidents like this make voters wonder what else has happened over the years that we just don’t know about.”

As far back as three years ago, Edgar Watchdogs reported, Mautino was under suspicion for having violated rules by accepting numerous campaign donations and payments for other expenditures between the time of his appointment to office and official start date in an office that was created to be nonpolitical.

Earlier this month, the Appellate Court of Illinois Fourth District rendered a verdict that indicated financial improprieties were happening.

“The evidence showed the cash was obtained prior to travel by Mautino, the cash was obtained in whole dollar amounts” and Mautino would sometimes not return receipts after traveling, the court said as part of its ruling. “Without needing to consider any possible adverse inference from Mautino’s refusal to testify, we find the manner in which the Committee paid for travel expenses over a 15-year period inevitably led to at least some portion of the cash being used for personal purposes.”

In Hicks’ mind, it all leaves little question about what needs to happen next.

“Mautino should be charged with the appropriate crime and hauled off to jail,” he said. “Mautino should resign, as the public now knows he is only in politics to line his pockets instead of helping his constituents as he was elected to do. This just goes to show why the public is losing more and more trust regarding politicians. This is just one of many reasons why the public is becoming more and more disengaged from the political system.”

As for the complete overhaul he wants to see in the Auditor General’s office, Hicks said, the clean sweep shouldn’t end with Mautino.

“The board members should resign effectively immediately,” he said. “For too long, they allowed these actions to occur while turning a blind eye. There could be more instances like this that we as the general public are not aware of.”

Want to get notified whenever we write about Illinois Auditor General ?

Sign-up Next time we write about Illinois Auditor General, we'll email you a link to the story. You may edit your settings or unsubscribe at any time.