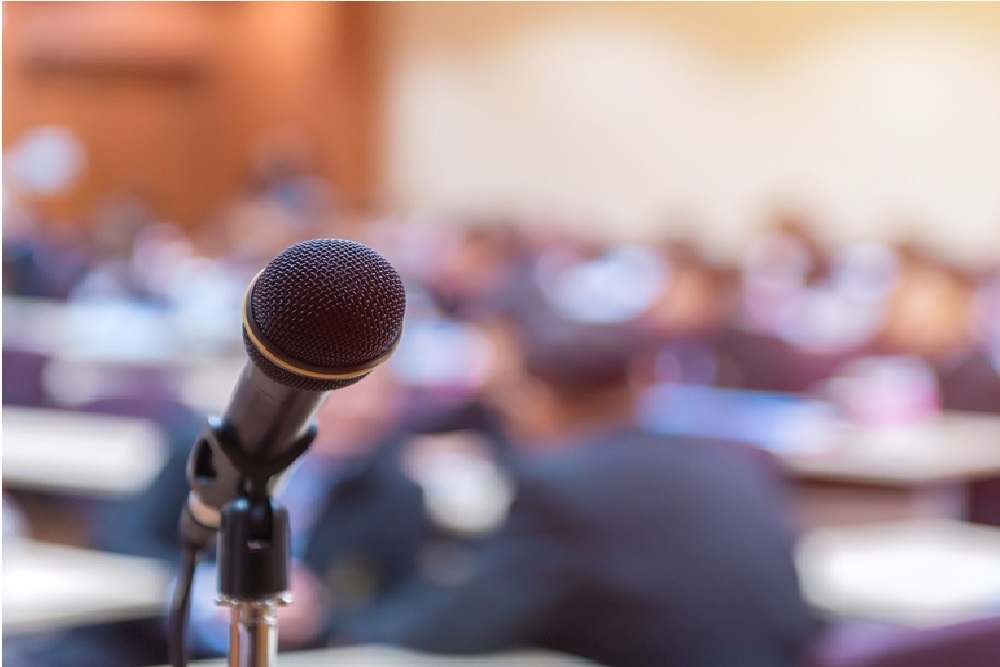 The students travelled to Springfield from across the 50th Senate District, which encompasses all or parts of nine counties. They began their day discussing issues with the Senator, and hearing from other officials along with learning from government reporters.

“I’ve been interested in politics for the last four years, it’s become my passion, it’s what I want to do for a living,” said Jerseyville Community High School senior Grant Morgan. “I think the things I learn here, will help reflect other opinions, and the way I speak and the people I talk to will help build on what I already know, and I think that’s really important towards the overall goal of getting into politics.”

“I thought it was a cool opportunity to educate myself about the government and local issues,” said Chatham-Glenwood Senior Ali Lacayo. “Hearing from local representatives is really important when it comes to voting, the foundation of getting knowledge of all their ideas and goals for the future.”

“I’m always looking for new ways to learn about our government and politics and I thought this would be a great opportunity to do that,” said Griggsville Perry High School Senior Jennifer Bingham. “It’s important for young people to get involved and understand it, because obviously they’re going to be growing up and they need to be ready to get involved and take part in it.”

Later in the day the students separated into groups to discuss and debate ideas for new legislation. The students’ proposals ranged from free college tuition to requiring armed officers in schools. Each group had the opportunity to present their idea, take questions, and debate the merits. Eventually the whole group voted to take one proposal forward, ultimately picking their plan to provide higher education at no charge.

“It’s important for us to get involved because at a young age you never know what’s going to happen and the decisions that we are going to make, if we mess up, it could change the lives of our kids,” said Calhoun High School student DJ Lorton. “I learned a lot about what our government does and how it works.”

“I’ve always been really interested in politics, and I think knowing our local leaders and getting to see other local leaders, and talking to people your own age who are going to be the leaders is really good,” said Auburn High School student Charlie Jessup. “When you become 18, suddenly you have the legal right to vote. If you have no idea about any of the topics, that’s not helping the country at all, you’re just voting what you see on Twitter. So it’s important to get out there and discover your own opinions.”

“I figured it would be a good opportunity to see how things work and what is going in our state,” said North Greene High School student Victoria Smith. “It’s going to help me see how to make a change and create a better outlook in our lives.”

The students will meet again in the spring, this time at the Illinois State Capitol, where they will conduct a mock Senate committee hearing on their proposal. Each student will take on a role in the process, from lawmakers, to lobbyists, concerned citizens, and even members of the media.

Want to get notified whenever we write about Illinois State Senate District 50 ?

Sign-up Next time we write about Illinois State Senate District 50, we'll email you a link to the story. You may edit your settings or unsubscribe at any time.