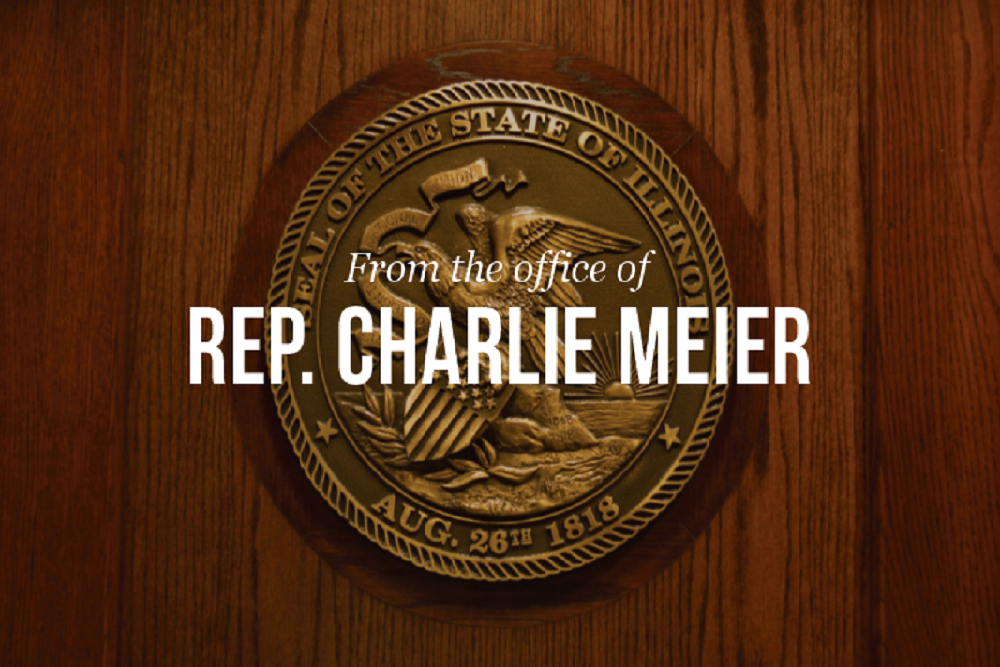 The Illinois General Assembly fall Veto Session recently came to a close, State Representative Charlie Meier (R-Okawville) says he left session “disappointed with the majority party’s lack of enthusiasm to pass major ethics reform.” Instead of enacting stricter ethics reforms, the House of Representatives did however find time to approve 42 bills in six days and declined to consider legislation to make daylight saving time year-round for the entire state.

“Illinois has a reputation for being one of the most corrupt states in America, we need stronger ethics reforms to help end corruption in state government,” said Rep. Meier. “I co-sponsored seven common sense bills to improve the integrity of the legislature. I hope the legislature returns to work before the end of the year to consider these important bills to stop corruption.”

Rep. Meier co-sponsored seven substantive ethics reform bills including House Bills 361, 3947, 3954, 3955, House Resolution 588, and House Joint Resolutions 87 and HJRCA 36. None of these bills were considered or allowed to move by Super-Majority Democrats during the two weeks of the fall Veto Session, which are likely to be the last two weeks of legislative session in 2019.

The legislature did end up approving two watered down ethics reform bills, but more reforms need to be made. Aside from ethics debate, of the 42 bills which passed the Illinois House, a few bills of local interest include the consolidation of 649 police and fire pension funds, capping insulin copays, and cleanup language for the Recreational Cannabis law which passed during the Spring Session supported by law enforcement and the business community.

Illinois has nearly 650 separate pension funds, the second-highest number of pension plans of any state in the country. According to most recently available estimates, Illinois’ 649 downstate and suburban police and fire pension funds are underfunded by a whopping $11 billion.

Opponents of the consolidation plan, including Rep. Meier were not convinced that Springfield, with its dismal pension record, can take effective forward-working action on pension issues. Powerful arguments were put forth by both sides. The pension consolidation plan contained in SB 1300 was approved by the House on Wednesday, November 13, by a vote of 96-14-3. Senate concurrence on Thursday, November 14, by a vote of 42-12-0, and now awaits the Governor for final action.

Many Illinois residents have diabetes, and many diabetics must take insulin to survive. Pharmaceutical manufacturers are influenced by a wide variety of variables when they set prices for medicines, with one of these factors being the fact that a medication is necessary for a person with a chronic illness to live a healthy life. Some people with diabetes are reporting that they must pay high prices, and must make high co-payments, for essential insulin supplies.

Senate Bill 667 deals with prescription insulin drugs that are covered by insurance programs regulated by the State of Illinois. The legislation imposes a co-pay cap of $100 per month on this insulin. Some health programs are covered by federal law, and are not regulated by the State and are not affected by this new law. SB 667 passed the legislature and was sent to the Governor for final action.

On the final day of the fall Veto Session, the Illinois General Assembly passed several ethics reform measures that do not fully address concerns over recent federal indictments and ongoing political corruption in Illinois.

The Democrat majority filed legislation in the middle of the night in a last-minute attempt to provide cover for their members, while refusing to take any votes on the House Republicans’ ethics reform package. The legislation passed should only be considered a small first step on the path to ending political corruption in our state. More work needs to be done to end the culture of corruption.

House Joint Resolution 93 creates the Joint Commission on Ethics and Lobbying Reform to review Illinois’ ethics laws and lobbyist registration requirements. The Democrats’ resolution postpones the final report of the Commission until March 31, 2020, after the Primary Election.

Senate Bill 1639 requires lobbyists to disclose if they are elected officials, if they lobby a local government that requires registration, and requires the disclosure of who a sub-registrant lobbyist is hired to help lobby. Nothing in SB 1639 bans legislators from being paid to lobby local governments.

The Fall Veto Session addressed cleanup language for the Recreational Cannabis law passed during the Spring Session. Rep. Meier supported the cleanup language, which was supported by the Illinois Sheriff’s Association and the Illinois Chamber of Commerce, the legislation largely supported zero tolerance policies by employers and changes requested by agencies charged with implementing the act.

Want to get notified whenever we write about Illinois State House District 108 ?

Sign-up Next time we write about Illinois State House District 108, we'll email you a link to the story. You may edit your settings or unsubscribe at any time.